Today’s featured dog breed is the Pembroke Welsh Corgi! That’s the one without the tail, for those who are wondering. These fantastic little herding dogs are known for their brilliance, personality, and loyalty. If you’re looking for a big dog in a smaller package, Corgis are an excellent breed to consider.

The Pembroke Welsh Corgi is a smart, sensitive dog who loves doing stuff with humans. This breed really enjoys training and is happiest if it has a job to do. As a herding dog bred to move cattle, the Corgi is fearless and independent. They’re also extremely loyal and usually make excellent little watchdogs! People who can meet this breed’s need for activity and companionship will find themselves with an amazing pet! 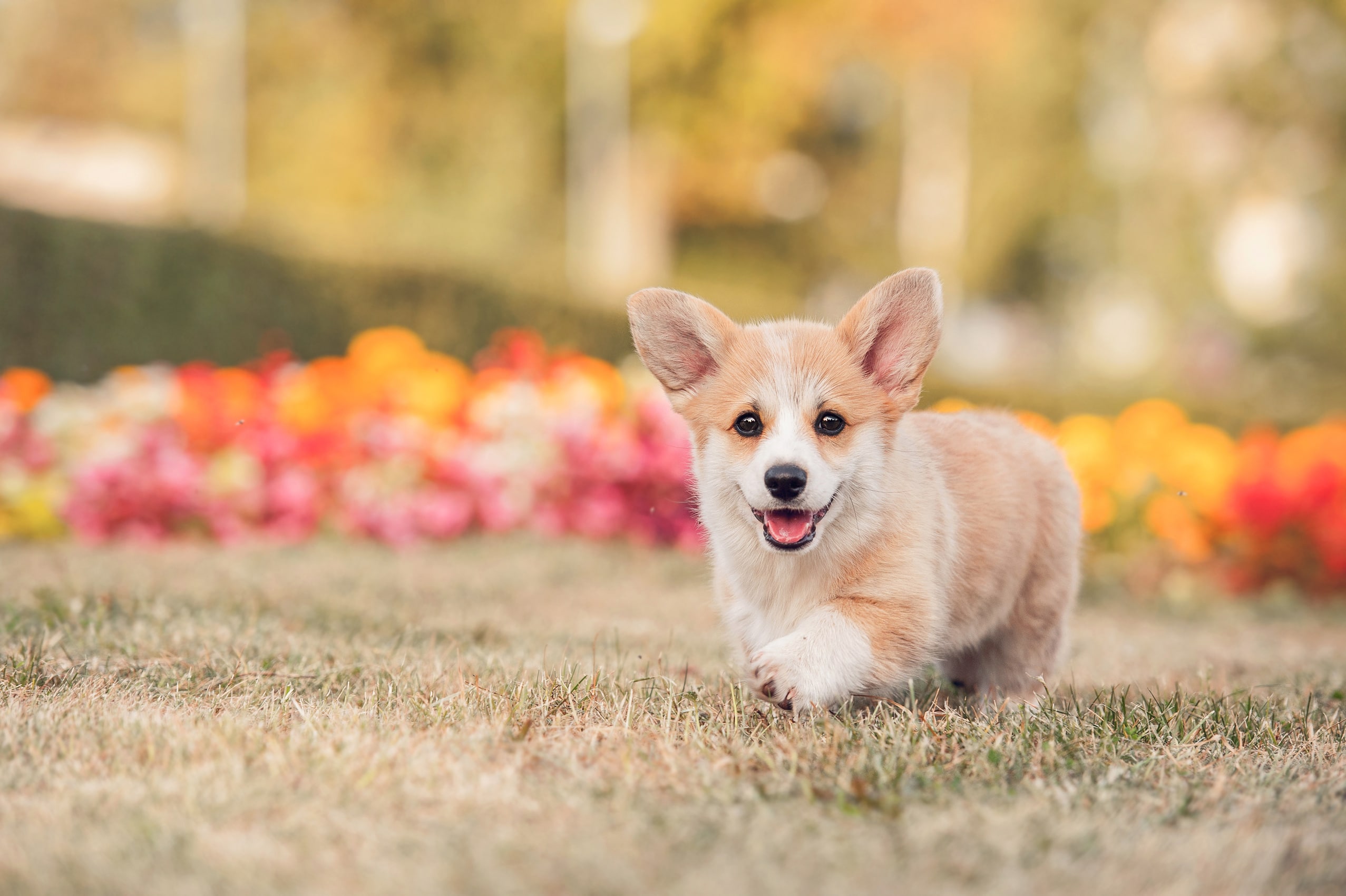 Corgis are one of the smaller herding breeds, only growing to about 12 inches in height and weighing up to 30 pounds. Colors include black and tan, red, and sable, usually with white markings. They have a weatherproof double coat, consisting of a softer undercoat with a coarser outercoat. All double-coated dogs shed year-round, particularly during the spring and summer. Daily brushing will help control the shedding, but it won’t ever go away completely. Pembrokes are sometimes born without a tail. Otherwise, their tails are docked in the United States.

The Pembroke Welsh Corgi tends to be relatively healthy, but as with all dogs, they need to remain at their ideal body weight in order to prevent back and joint problems later in life. Nails should be trimmed on a regular basis. Be sure also to check ears for infections or debris and clean your Corgi’s teeth at least once a week.

Corgis tend to be very outgoing and affectionate with people they know but can be more aloof around strangers. Early socialization is a must with this breed to help curb any suspicious or aggressive tendencies. If they receive early and consistent training, they’ll make excellent family pets. While Corgis often love kids, small children should always be supervised around any dog, regardless of the breed.

Since Corgis are smart and active, they won’t be happy without a lot of physical and mental activity. They’re athletic enough to participate in all kinds of dog sports like agility, flyball, obedience, and naturally, herding trials! In addition to sanctioned dog sports, Corgis have been known to work as seizure alert dogs or as service dogs for people with autism. They can also make wonderful therapy dogs. If you’re looking for an intelligent new family member willing to try almost anything, definitely take a look at the Corgi! 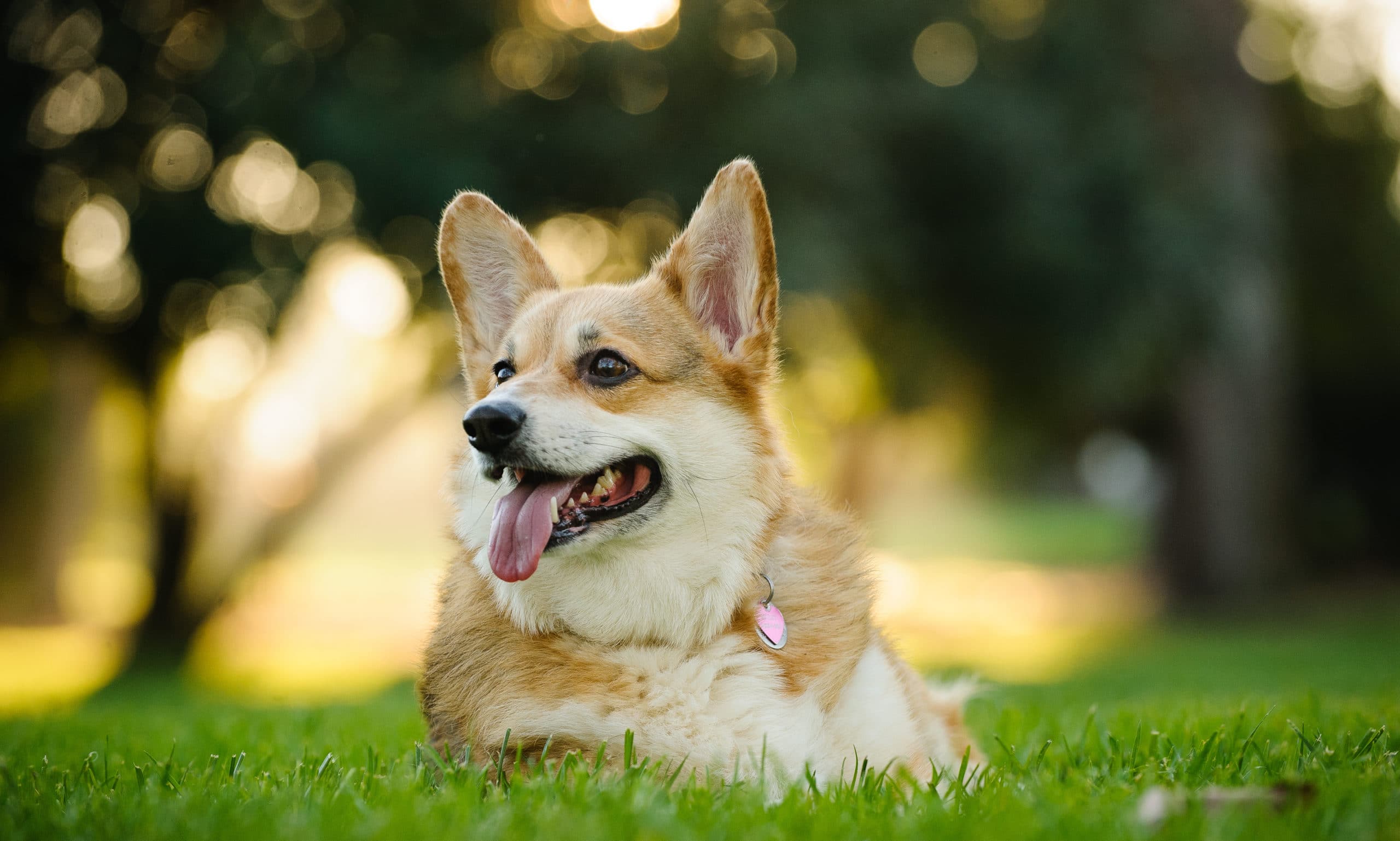 Corgis have been around for almost 1000 years! They were developed by Flemish weavers who brought their herding dogs with them while emigrating to Wales around 1107 CE. Because of their ancient lineage, Corgis have often appeared in Welsh folklore. According to the stories, faeries used them as war horses before they became herding dogs for humans. Corgis didn’t gain official breed status in England until 1925, and the first Corgis didn’t come to the United States until 1934.

While the Fae don’t ride Corgis into battle these days, the breed has certainly made its mark on human royalty. The queen of England has always been a fan of the Pembroke. She got her first pup in 1933, and they’ve been her steadfast companions ever since. More recently, Corgis have been featured on popular television shows like The Crown and Brooklyn Nine-Nine, which has caused them to become more popular in both the U.K. and the U.S. 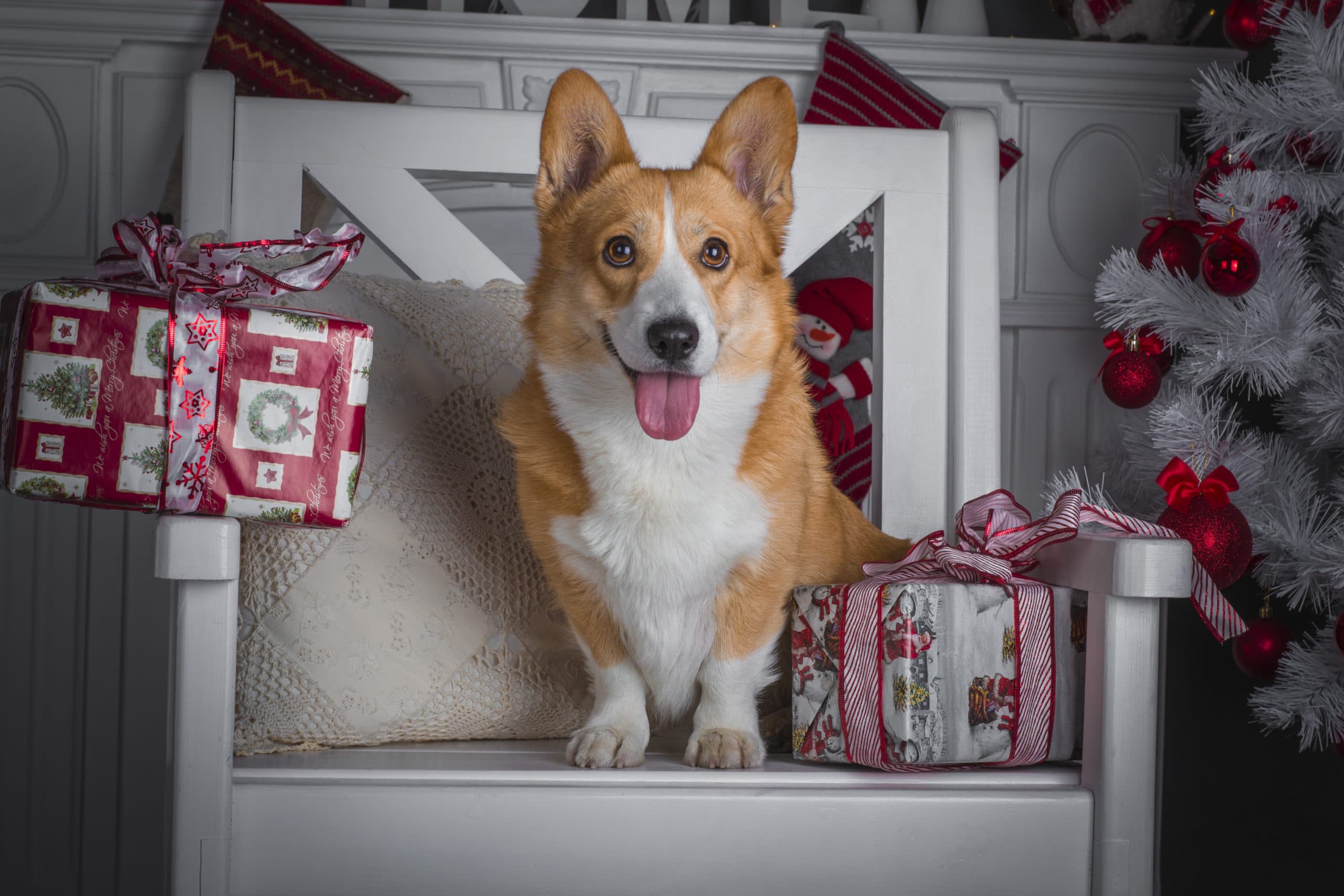 If you have a Pembroke Welsh Corgi, and he’s missing his native Wales, here are a few ways you can help him feel better this Christmas! Christmas dinner in Wales is rather like our Thanksgiving dinner. Turkey, stuffing, and cranberry sauce are usually on the menu, but sausages wrapped in bacon also appear on a lot of tables, and what Corgi wouldn’t want to try those out? Christmas pudding is also hugely popular, but since it contains raisins and other fruits that are toxic to dogs, this dessert is just for humans.

If your Corgi happens to be vocal, she might really look forward to singing Christmas carols with you! Some Welsh villages have special chapel services dedicated specifically to Christmas songs, and while we’re not sure if they allow dogs, we do know harmony is encouraged!

Since we share some popular Christmas traditions with Wales, your Corgi is still going to love waiting up for Father Christmas, opening a few gifts, and checking out the stockings. After all of that activity, perhaps your dog would enjoy cuddling on the couch while watching British Christmas TV specials. This is a very important family activity, after all! It’s also important to remember that, in Wales, they celebrate Boxing day, which is kind of like our Black Friday, on December 26. Naturally, your Corgi will definitely want to check out all the sales at a pet store near you!