Welcome back to our blog series for the month of December, the 12 Dog Breeds of Christmas. Yesterday, we celebrated our adorable Yorkshire Terrier friends, so now it’s time to introduce the 11th most popular dog breed, the Dachshund! We’ll talk a little bit about what makes these endearing members of the hound group so special and highlight some fun German holiday traditions a Dachshund might enjoy. Oh, and also, there will be cute pictures! 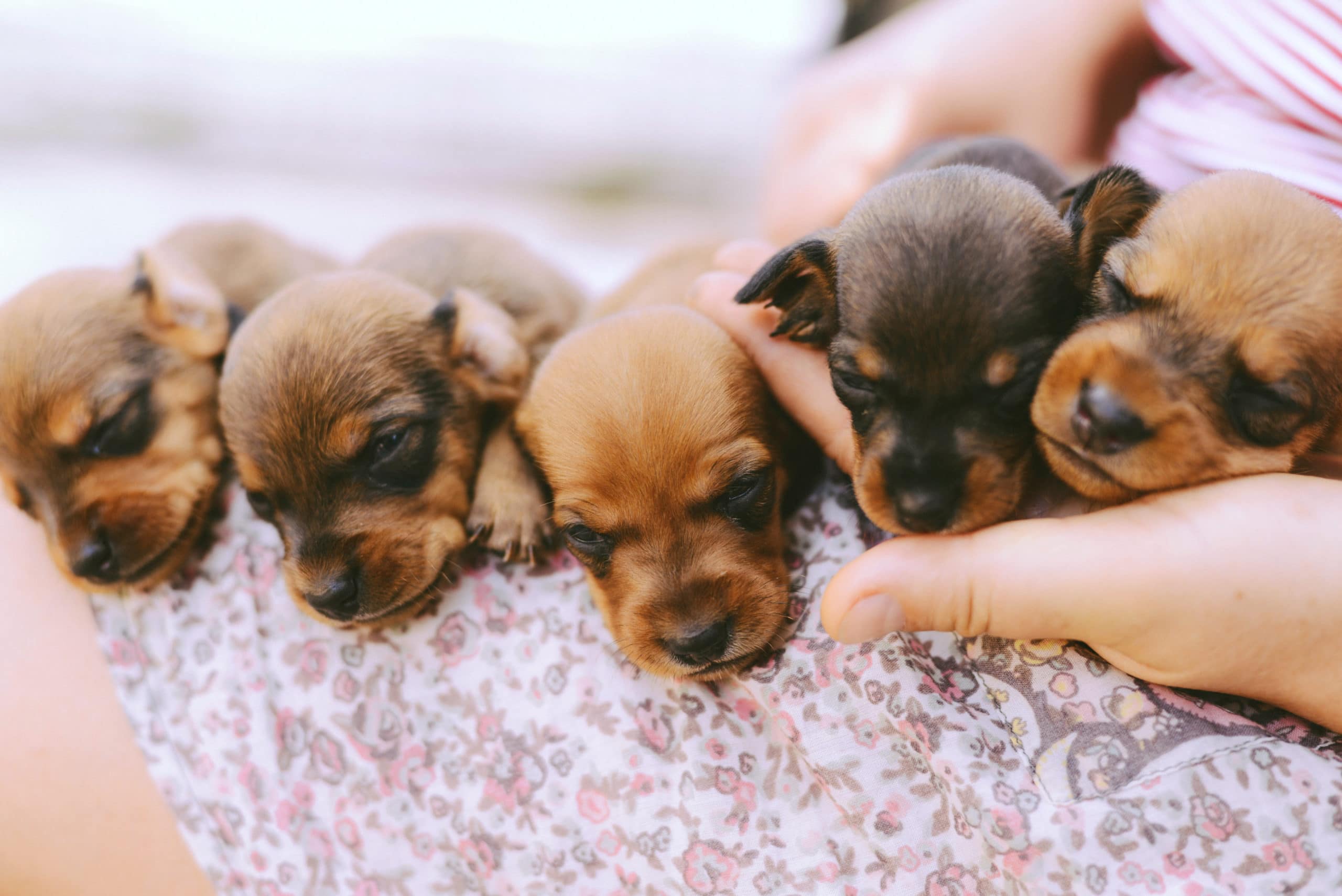 When most of us picture a Dachshund, we think of a dog with a long, low body and short legs, and lots of personality! Dachshunds come in two sizes. Standards weigh between 16 and 32 pounds, while their miniature counterparts weigh at or under 11 pounds. They can also come in one of three coat types, smooth, long-haired, or wire-haired. The smooth-coated variety is by far the most common. Obviously, Dachshunds are not known for their endurance or jumping ability, but they can be incredibly brave and make excellent watchdogs because of their relatively deep bark and vigilant nature.

Overall, Dachshunds are a wash and wear kind of dog when it comes to grooming. The long-haired type will need more extensive brushing compared with the smooth or wire-haired varieties, which generally need weekly brushing sessions. This breed comes in a lot of different colors and can have gorgeous markings. Examples include blue and cream, chocolate and tan, and red, but there are a lot more to choose from!

Since this breed is known for being built very long and low to the ground, it’s important to remember that they are susceptible to a number of back problems. Keeping your Dachshund at her ideal weight will prevent back strain and help her avoid these problems as she ages. Like any dog breed with floppy ears, Dachshunds are prone to ear infections. Remember also to keep nails trimmed with this breed.

Dachshunds are friendly with members of the family and people they know well, but they can be a bit more aloof with strangers than other breeds. If you want a quiet dog, this breed might not be ideal. While Dachshunds are smart and curious, they definitely have an independent streak and love following their noses! Their independent nature can make training challenging, so high-value rewards are very important during training sessions. As with many hounds, these guys have a sensitive side, so harsh corrections don’t generally work well for them. The idea with Dachshunds is to make training as fun and interesting as possible to keep them engaged with you.

Dachshunds are ridiculously adorable, it’s true, but they do enjoy working and competing in areas that play to their instincts. Earth dog trials are pretty much designed for these pups. They’re also great at any type of scent work. Dachshunds also sometimes participate in agility, after the jumps are adjusted for their height, of course! Because of their amazing nose, Dachshunds can work as service dogs for people with Diabetes and sniff out types of cancer!

As already mentioned, Dachshunds came to the United States from Germany, where they were bred to follow and hunt animals that live in dens. “Dachshund” is actually a German word meaning “badger dog”. Badgers are dangerous prey for any dog breed because of their strength, not to mention all the teeth and claws. Needless to say, Dachshund breed developers decided to emphasize bravery, intelligence, perseverance, and strength. After all, the goal was to create a type of dog able to take on badgers, moles, and a variety of other fierce underground adversaries. During the eighteenth century, it became popular to train Dachshunds to hunt larger game in packs, especially wild boar! 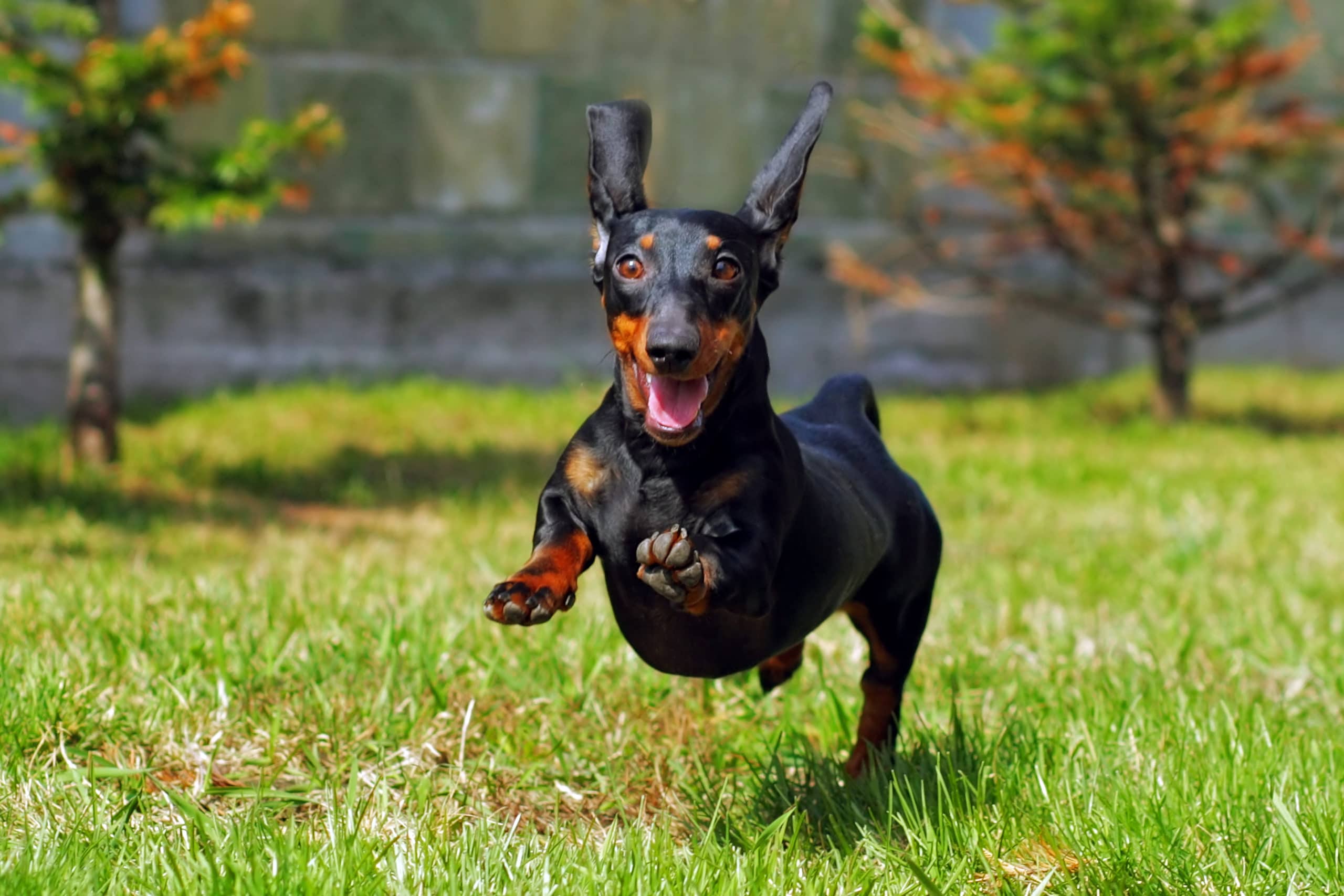 Dachshunds didn’t reach the United States until 1885, but their unique appearance and love of humans made them an instant hit!

German families begin Christmas preparations throughout the month of December. Four Sundays prior to the big day, they make an Advent wreath out of either fir or pine branches with four colored candles. It’s common to light a candle on the wreath every Sunday, sing Christmas carols, and eat Christmas cookies.

Baking is a popular way to prepare for Christmas in Germany, so Dachshunds will enjoy the scents of cakes filled with fruit, loaves of sweet bread, and spiced Christmas cookies! On Christmas Eve, families spend time celebrating together and eating a Christmas feast featuring roast goose, turkey, or duck. Your Dachshund will feel right at home sampling any or all of these delicious menu options! Gifts are a big thing in Germany, as with almost every other country. Ideal gifts for Dachshunds are puzzle toys, frisbees, or learning scent games with their humans! 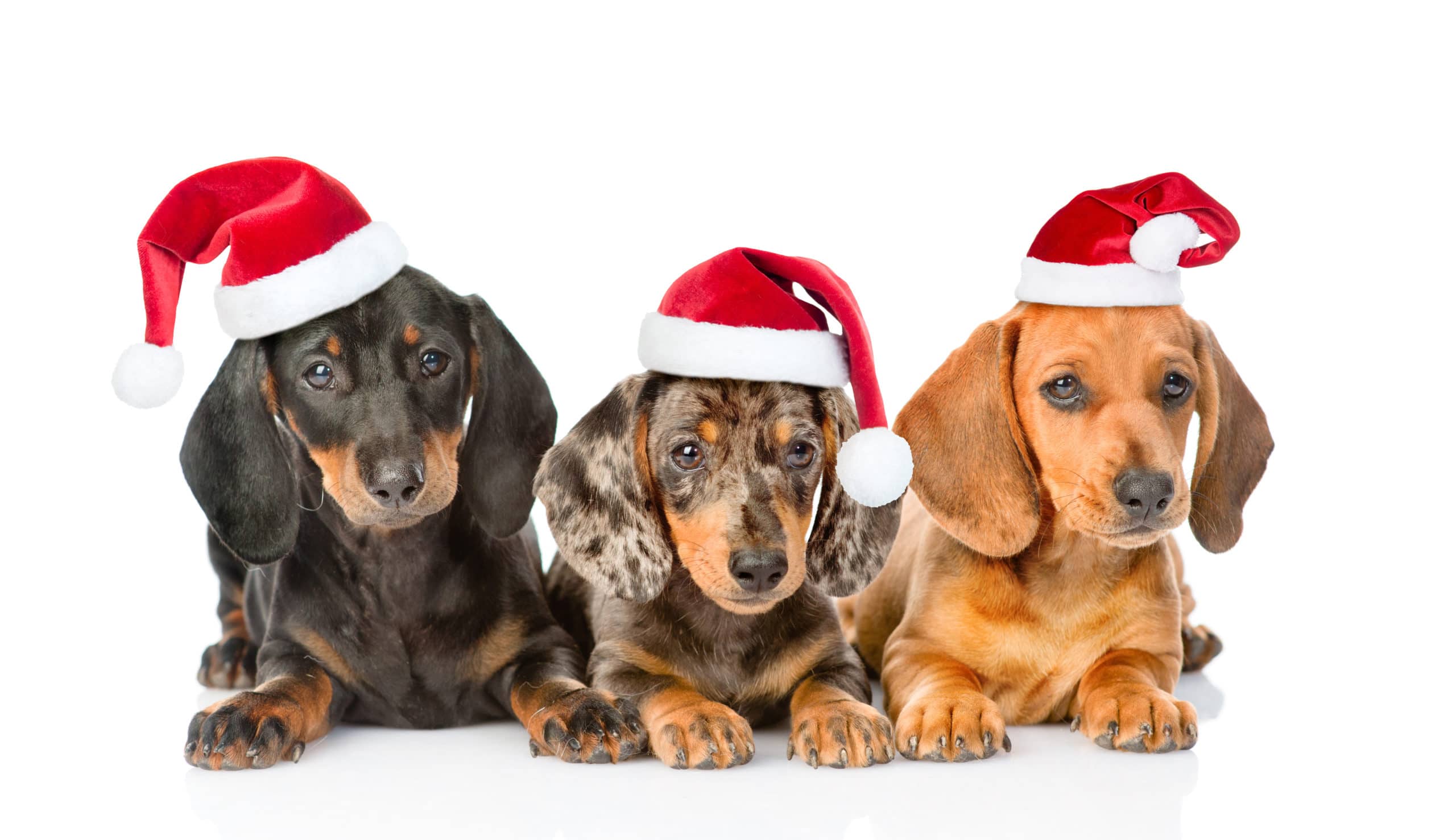 There are some other German Christmas traditions that we have not covered, but we’ll get to them in future articles. Hopefully, you’ve enjoyed our quick look at the Dachshund. Come back soon to find out about our number ten dog breed!