Leaping in at number nine on our Twelve Breeds of Christmas list is the German Shorthaired Pointer! German nobles created these energetic and intelligent dogs to be a versatile hunting dog. Even now, German Shorthairs are considered one of the top hunting breeds worldwide. 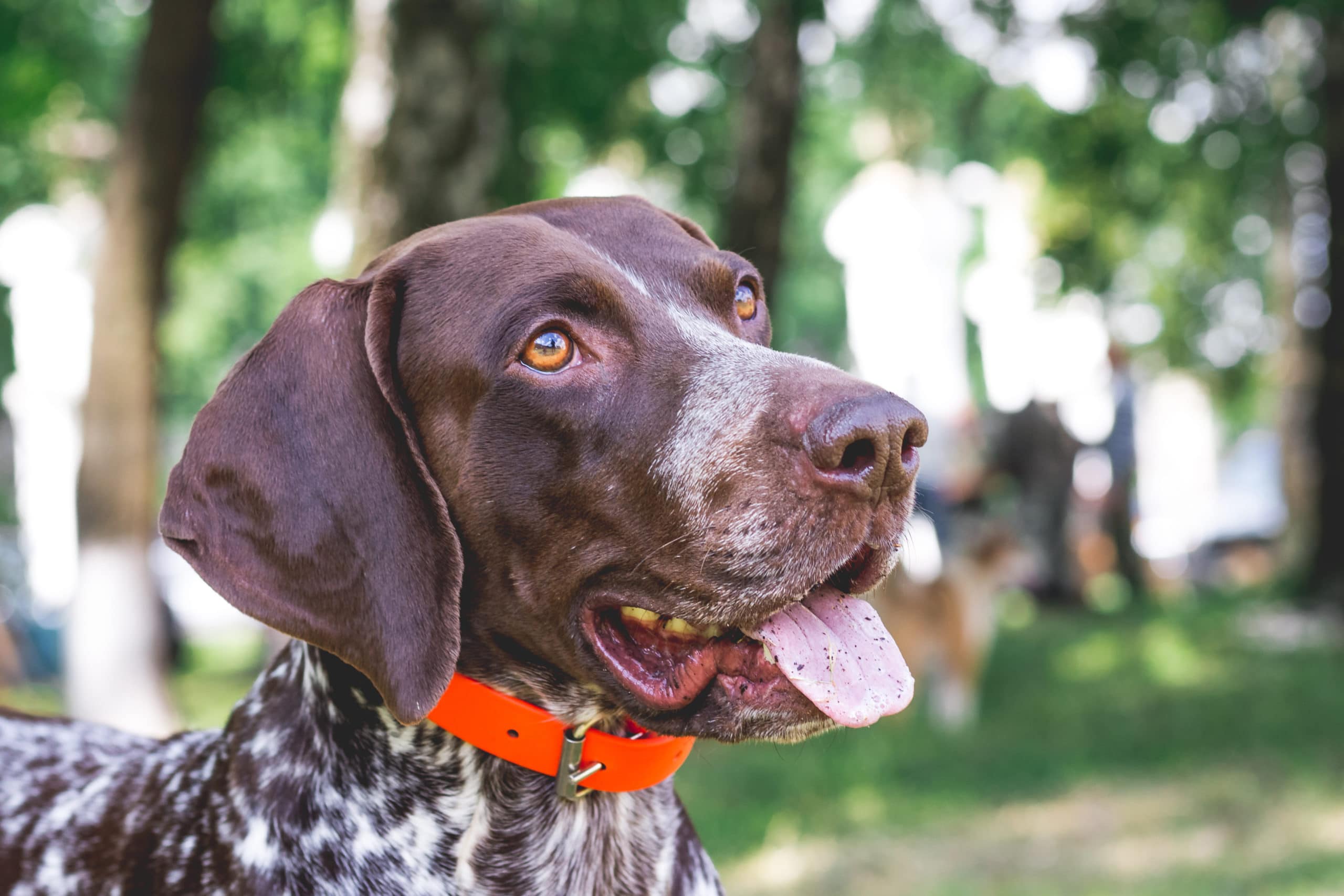 German Shorthaired Pointer are known for their intelligence and love of learning. These pups bond very strongly with their human pack members and tend to be good with other dogs as well. They are usually willing to try almost any activity or dog sport, so long as it involves doing stuff with humans. If you’re looking for a gorgeous, active family member, the GSP might be the breed for you!

ale German Shorthairs stand between 23-25 inches at the shoulder and weigh between 55 -70 pounds. Females tend to be a little bit smaller, but this is a large breed compared with our previous contestants. They have a short, silky coat that requires weekly brushing. While they do shed a little bit more during the Spring and Fall, even that isn’t much of an issue for most GSP owners. Be sure to clean their ears once a week and trim nails each month. Compared to many dog breeds, the German Shorthair Pointer is very low-maintenance when it comes to grooming and health care. 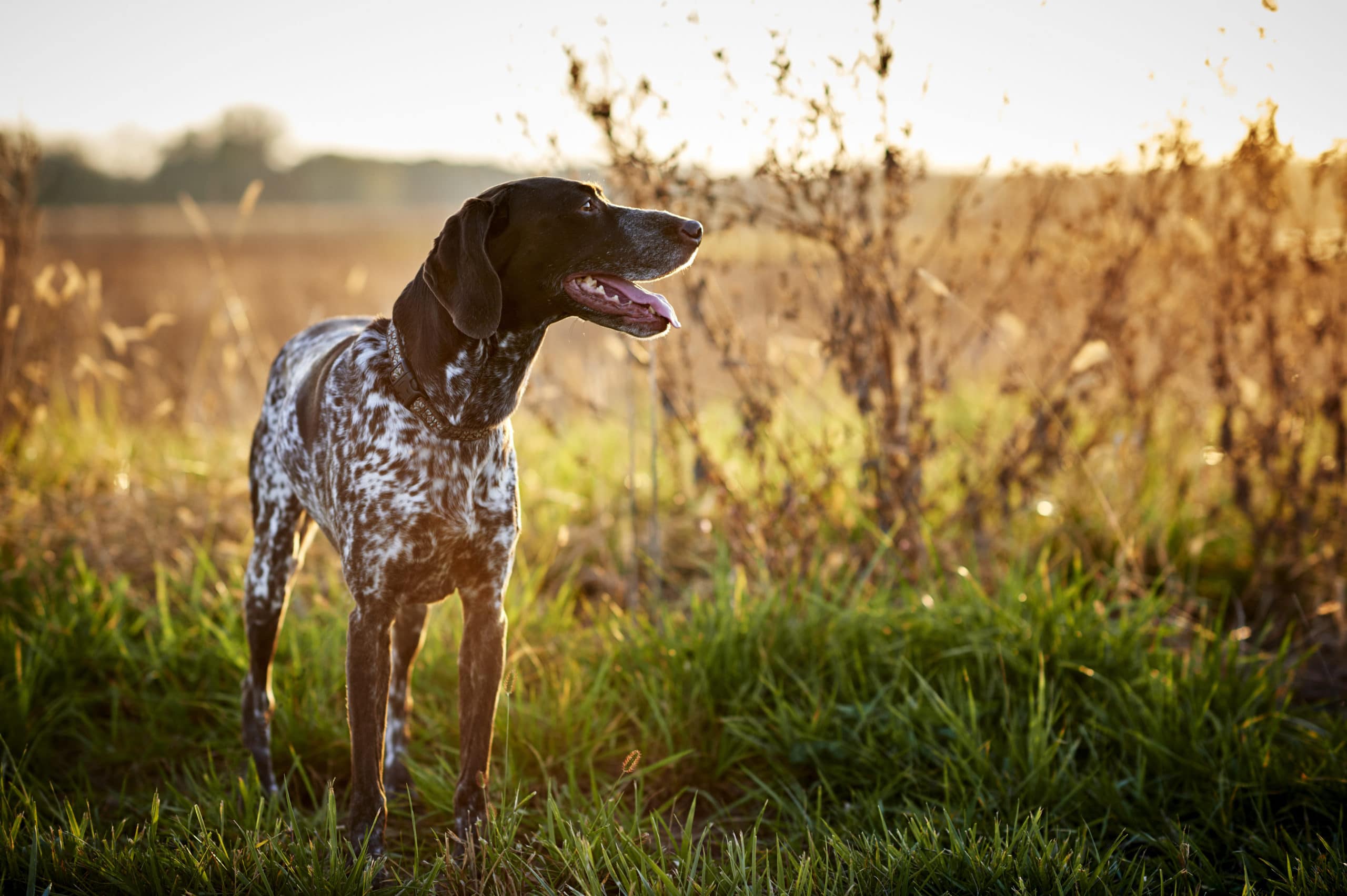 It’s wonderful that GSP parents don’t need to spend much time on daily grooming and health because this breed definitely needs a lot of training and exercise! GSPs love having a job to do and really want to be with their people. If left to their own devices, GSPs can become destructive and anxious. This breed is also notorious for their ability to escape from outdoor enclosures if left in the backyard all day unsupervised. Also, they typically don’t take to a kennel environment very well, preferring to live as closely with their family as possible.

GSPS participate in all kinds of organized canine activities. They’re particularly good at field trials, of course, but they also really love agility, flyball, and dock diving. GSPs make wonderful hiking or running partners as well. They love scent games, playing fetch, or any activity involving water! When they do want some downtime, GSPS tend to be super cuddly and love attention. If you have the time for training and exercise, these beautiful, brilliant athletes make amazing companions who will bring you many years of happiness!

German Shorthaired Pointers were obviously originally developed in, well, Germany. Back in the eighteenth century, some of the nation’s aristocracy decided they wanted to create a new dog breed capable of hunting virtually any type of game. They crossed various hound breeds with pointing breeds until they came up with a pointer that could also track deer and retrieve ducks. Over time, humans have used the GSP to hunt or track virtually every kind of quarry while recognizing the breed’s talents as a watchdog and family companion.

Do you have a German Shorthair Pointer who is missing his homeland? Probably you don’t, but here are some German Christmas traditions any dog will love! Christmas dinner in Germany tends to feature duck, goose, rabbit, or roast beef. The main course is accompanied by sausage and apple stuffing, red cabbage, and potato dumplings. One of the traditional Christmas desserts is Stollen, a delicious bread that often contains fruit, nuts, and various spices. Christmas cookies are often just as popular in German households as they are with American families, so your pup will definitely expect some extra treats this year! 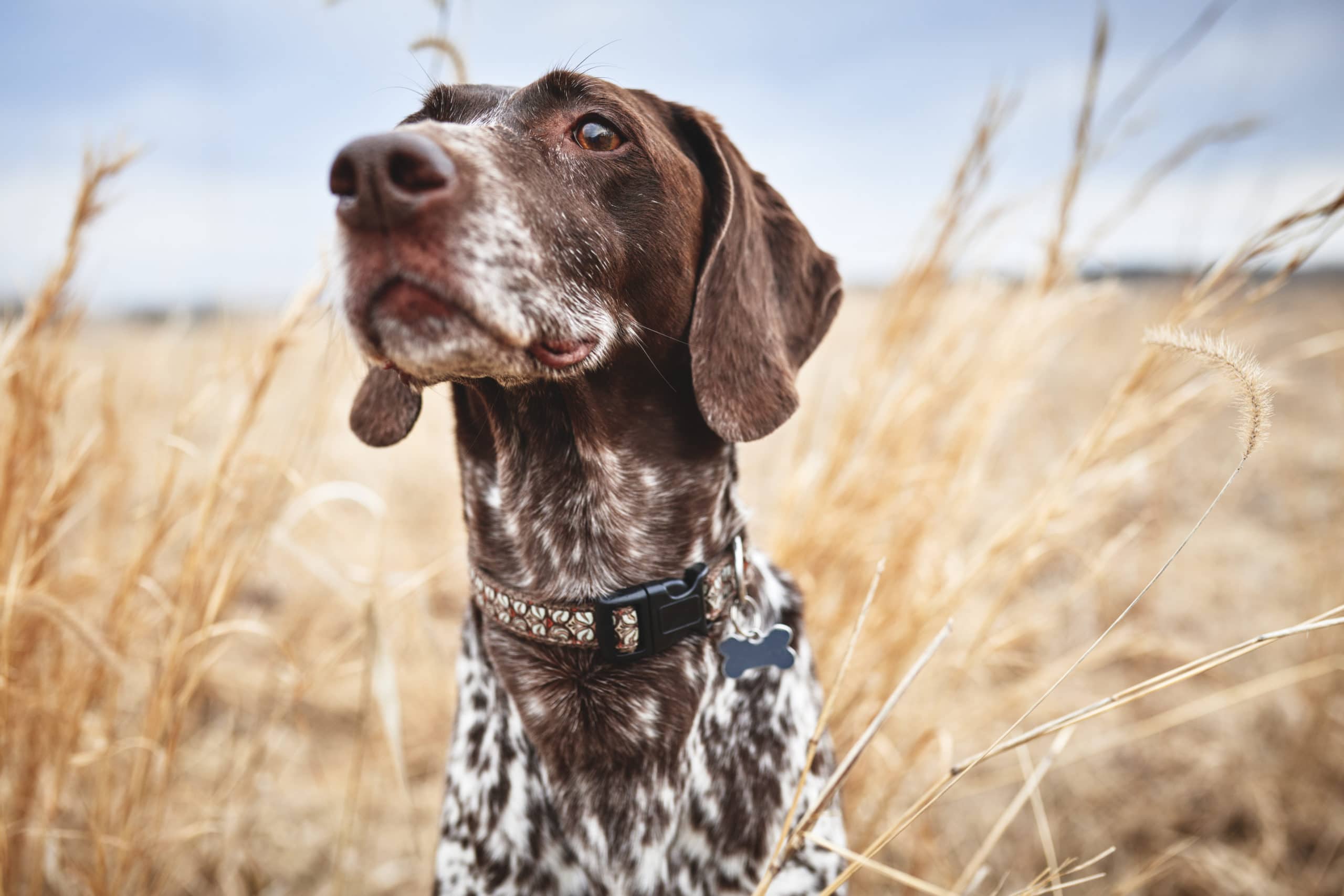 Hopefully, you’ve enjoyed our quick look at the German Shorthaired Pointer. Coming up next, the adorable Beagle!