Welcome back to our December blog series, where we showcase the twelve most popular dog breeds of the year 2020, according to the American Kennel Club (AKC.) Coming in at number three this year is our fluffy friend, the Golden Retriever!

Golden Retrievers are known for their gentle and friendly dispositions. They were originally developed to retrieve waterfowl for hours on end, but they also make amazing companions. The Golden Retriever is eager to please and fun to train, which helps them excel at almost anything. They enjoy people of all ages and generally get along well with other dogs.

The Golden Retriever is known for its lustrous, golden coats. Colors range from almost white to red-gold, and anything in between. They have long, feathery tails and floppy ears. Golden Retrievers stand anywhere from 21.5 to 24 inches at the shoulder and weigh anywhere from 55 to 75 pounds.

Goldens have a soft, fluffy coat that needs daily care in order to minimize shedding and keep them looking their best. Pay special attention to any feathering around the hindquarters, tail, and ears because mats can easily develop in those areas. No matter how much grooming you do, there’s no way getting around it, Goldens shed, a lot! If dog hair is a problem for your household, this breed may not be a good fit.

Golden Retrievers are beautiful dogs with many fine qualities, but the breed is prone to a number of health problems. At the top of the list is cancer. Goldens are susceptible to a number of different kinds, all of which can be difficult to treat and emotionally challenging to owners. No one really understands the reason for high cancer rates in the breed, but inheritance is suspected to play a role. If you’re looking for a new Golden Retriever puppy, be sure to bring this up with a reputable breeder, so they can give you an idea of how cancer has affected their dogs in particular.

As with almost all popular purebred dogs, Goldens can also be prone to hip or elbow dysplasia, so be sure your breeder screens their dogs for these disorders. This breed can gain weight easily, so be sure to monitor calory intake and keep table scraps to a minimum. Keeping your Golden at his ideal body weight can help keep him healthy and happy throughout his life.

The Golden Retriever is the picture-perfect family pet! They’re friendly, active, and love to please! They get along with kids and do well with other dogs. These are happy, active dogs who are willing to try almost anything, which is part of their charm! These dogs do best in active households where someone is available to exercise them regularly. They bond strongly with their families, which makes them prone to separation anxiety if left alone too often. Crate-training your Golden will help prevent this from becoming a problem.

Goldens are energetic, active dogs who love doing stuff and need daily exercise. Long walks are great, but Goldens really love games of fetch, and will often carry around toys for their humans to throw. They generally adore anything involving water, hiking, or jogging. A golden retriever who doesn’t get their exercise needs met can often engage in destructive behaviors like barking, chewing, or digging. If you’re not an active person, your Golden will automatically become your furry personal trainer!

Goldens are fun dogs that want to make their people happy. They love training and excel at almost every canine activity. They are often top competitors in obedience competitions, agility, and field trials. Also, their excellent temperament has made them very popular as service dogs for people with disabilities.

The Golden Retriever is one of the many breeds created during the dog-loving Victorian Era. Some of the breeds in his background include the Yellow Retriever, Tweed Water Spaniel, Bloodhound, and the Red Setter. The breed was developed by Scottish noblemen who wanted to create a versatile hunting dog for their upland estates. The Kennel Club of England recognized the Golden Retriever as a breed in the year 1920, but they didn’t come to the United States until 1925. The AKC recognized the Golden in 1932, and today, they are the 3rd most popular breed in the country!

Today, Goldens are still used for hunting, but they have been trained for a number of other jobs as well. They serve as service and therapy dogs, search and rescue dogs, and even drug detection dogs! The Golden has also been popular for starring roles in a number of movies and TV shows, most notably the Homeward Bound films. 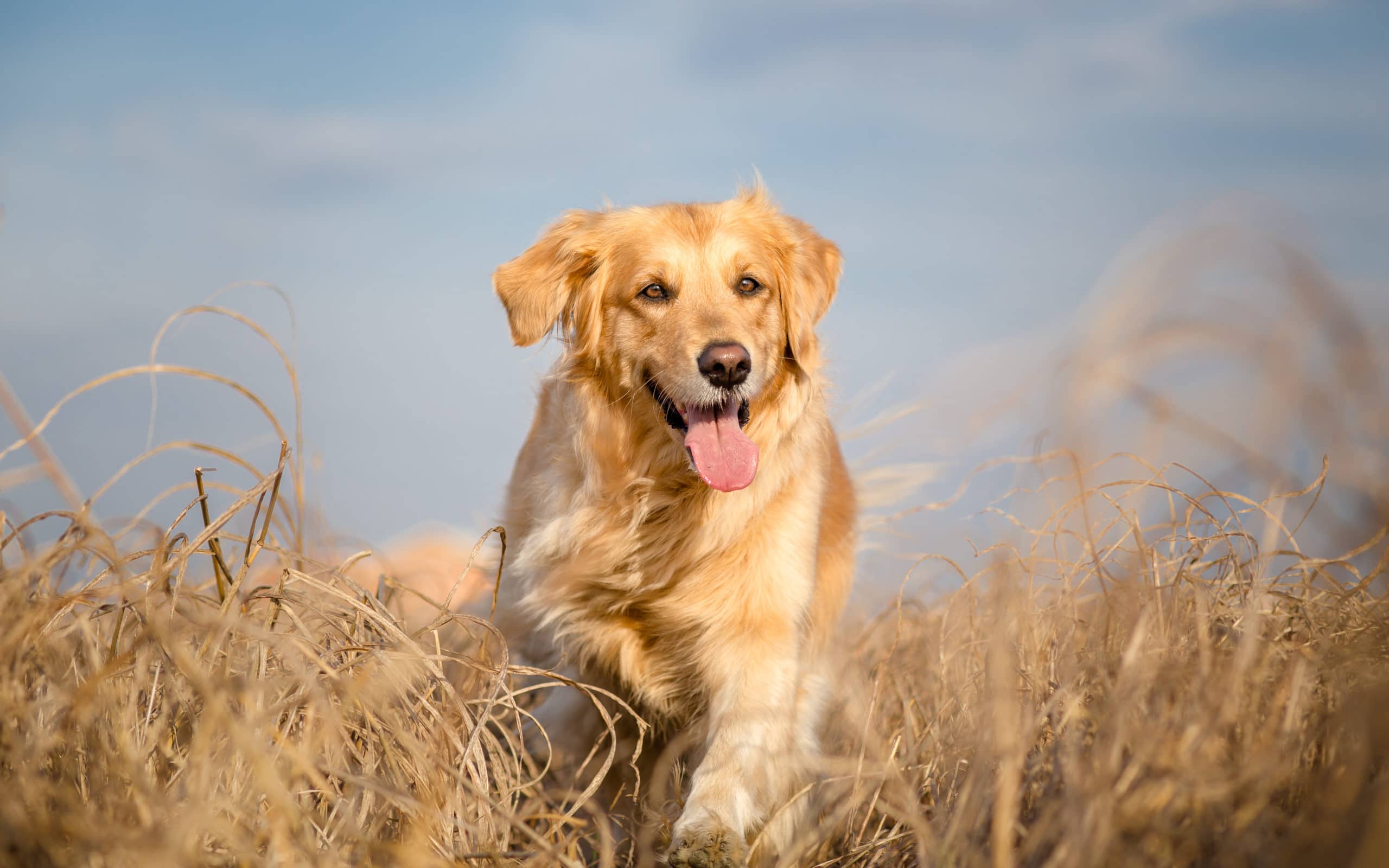 British people have a lot of the same Christmas traditions that we do here in the U.S., with a few variations.

Speaking of pudding, there’s also Christmas pudding, which is yet again different. It’s similar to a fruitcake, except fluffier and apparently more edible, because it’s probably the most popular Christmas dessert in England. Trifle is another popular, and delicious, dessert. Be sure to try one if you ever get the chance! Just make sure your Golden Retriever doesn’t get their hands on it!

We hope you’ve enjoyed our quick overview of the gorgeous and friendly Golden Retriever! Please check back soon to learn about our runner-up, the German Shepherd!