Welcome once again to our December blog series, where we celebrate the most popular breeds of the year 2020, as recorded by the American Kennel Club (AKC!) We’ve finally reached the end of our breed showcase, and the most popular dog breed of the year award goes to the Labrador Retriever! Labs have been the highest-ranked dog breed for quite some time, so probably their position on this list surprises absolutely no one ever.

The Labrador Retriever has maintained its popularity because of its friendly, fun dispositions and easy-care coats. They can live happily almost anywhere and love everyone they meet. The Labrador Retriever is smart, trainable, and adaptable. They make great family pets, service dogs, drug detection dogs, and hunting dogs, among other things. 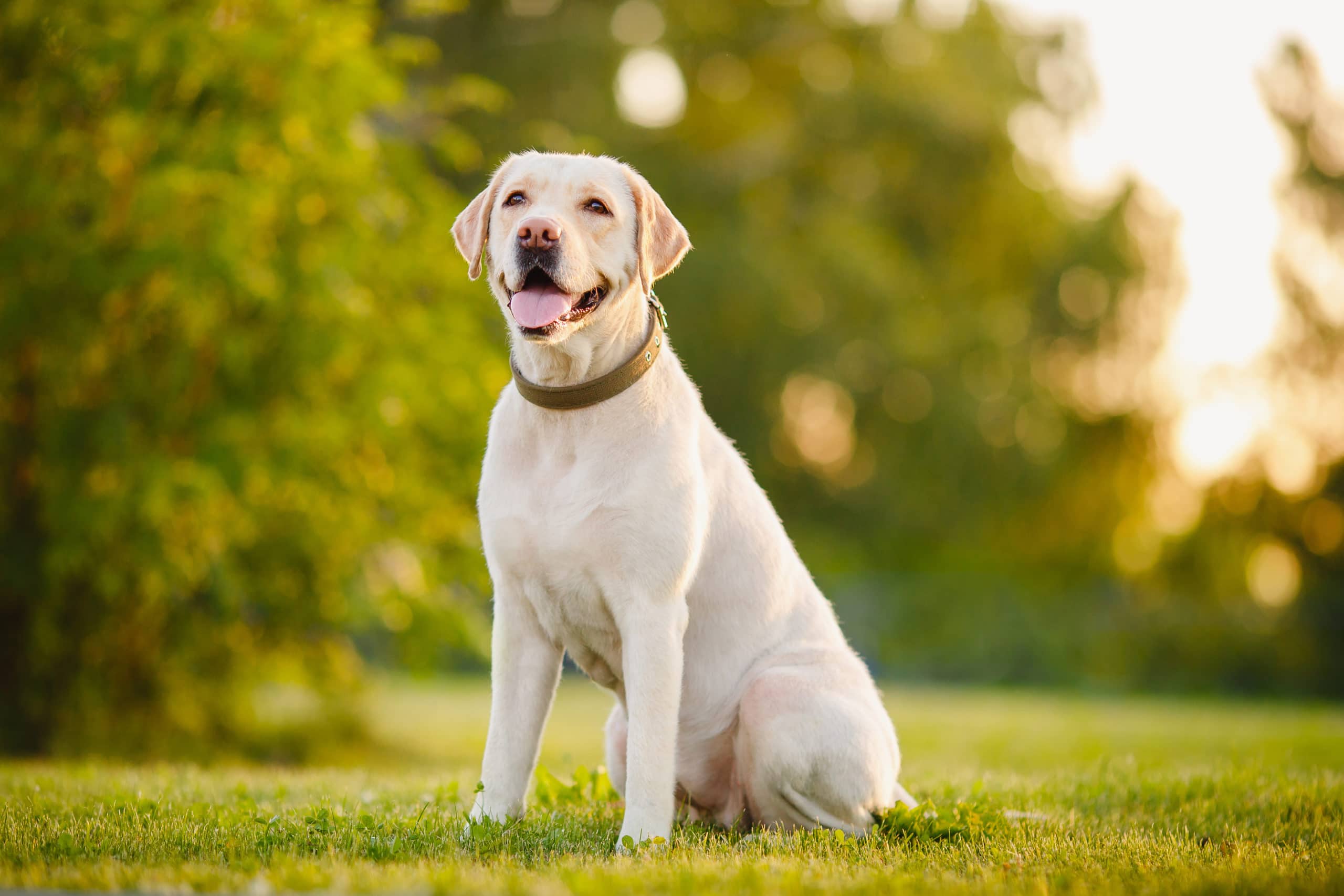 The Labrador Retriever stands between 21.5 and 24.5 inches at the shoulder and can weigh anywhere from 55 to 80 pounds. His coat comes in 3 colors, black, yellow, and chocolate. Yellow Labs’ coloring can range from almost white to a dark reddish gold. Labradors are a double-coated breed, so they do shed year-round.

Generally, Labs need brushed about twice a week to keep down the shedding. They’re not prone to matting because they don’t have much in the way of long hair or feathering. Their ears need cleaned weekly, and they’ll need weekly dental care as well. Most Labradors only need bathed about every six weeks, unless they get into something they shouldn’t.

The Labrador Retriever is a relatively healthy dog breed. They love, love to eat, so it’s very important to watch their calory intake and keep the table scraps to a minimum. Keeping your Lab at his ideal body weight will help prevent weight-related health issues. Hip and elbow dysplasia are common for the Labrador, along with an eye disease called progressive retinal atrophy (PRA.) Breeders can do genetic testing on puppy parents, so they don’t breed dogs with any of these disorders.

Labradors are known for their playful, enthusiastic approach to life. They adore almost everyone they encounter and get along well with other dogs. Even so, early socialization is important for them, as with any other dog breed. Labradors tend to be huge chewers, so need bones or other chew toys throughout their lives. As puppies, they may need to learn what items are appropriate for them to chew, especially while teething.

Labradors are active dogs who need daily exercise. Otherwise, they’ll create their own entertainment. Luckily, they’re enthusiastic about everything, so it’s not hard to keep them occupied. They love games of fetch, long walks, hiking, and anything involving water! In general, this breed is easy to train. If you have treats, you can teach a Lab to do almost anything you want.

The Labrador Retriever excels at many canine activities and love having a job to do. They participate in obedience, agility, hunt tests, and dock diving, among other things. They also make great service dogs for people with disabilities. Currently, about 90% of guide dogs for the blind are Labrador Retrievers! Labs have also been widely used as drug or explosive detection dogs or for search and rescue.

Labradors are natives of Canada, specifically the province of Newfoundland. They were bred to retrieve in the water. Initially, they were trained to retrieve laden fishing nets and swim messages between fishing boats. Eventually, these versatile dogs caught the eye of a British Earl, who brought them to England in order to hunt the swamps around his estate. The breed quickly caught on across the pond. People admired their hunting abilities, speed, and work ethic.

The Kennel Club of England recognized the Labrador Retriever in 1903. Labs circled their way back across the Atlantic in the early 20th century. They were imported to the United States by sportsmen who admired their keen sense of smell and ability to locate downed birds. They also appreciated their friendly dispositions and work ethic. Labs still hunt to this day, but most of us think of them as the quintessential family pet! In 1997, a chocolate Lab named Buddy became the first of his breed to live in the White House!

Christmas in Canada is a multi-cultural affair. Canadians do a lot of the same things that Americans do, but they also tend to incorporate European traditions into their Christmas celebrations. Christmas markets are a big thing in major cities like Toronto or Québec City. These are huge outdoor affairs that sell everything from decorations to food.

Turkey is the most popular main course for Christmas dinner, but sometimes roast goose or beef may be served. Stuffing, potatoes, and plum pudding are usually on the menu as well. Christmas cookies, particularly gingerbread, are very popular, along with fudge and other candies. All treats your Labrador Retriever would love to eat but shouldn’t have.

Most Canadians decorate Christmas trees, just like we do in the U.S. In some places, ice skating has become a popular holiday pastime. Children frequently meet Santa and take pictures with him. Pets can spend time with him too, but only on Tuesdays, apparently.

Midnight mass is especially important in Québec, along with the singing of Christmas carols. French-Canadians have a huge Christmas feast after the mass. In Québec, presents don’t get opened until New Year’s Day!

We hope you’ve enjoyed our look at the twelve most popular dog breeds, including the Labrador Retriever, along with the Christmas traditions of their homelands. We at Tevra Pet wish you and yours the happiest of holidays and peace in the year to come!