The internet’s favorite dog, the Shiba Inu is a unique breed of dog that hails from the island nation of Japan.  You’ll find them in the non-sporting group. Shiba Inus pack 200 pounds of dog into a 20-pound package and it shows! While the breed isn’t for everyone, those that do have Shiba Inus tend to obsess over the breed.

Shiba Inu’s popularity online comes down to their distinctive fox-like look and their human-like personality! These energetic charismatic dogs have over 11.8 million posts about them on Instagram despite barely making the top 50 most popular breeds! These active dogs love adventure which always makes for great posts, so it’s a great fit! While their compact size and relative silence make them great apartment pets, their temperament and personality need to be considered before getting a Shiba of your own!

Shiba’s stand between 13 and 17 inches at the shoulder and usually between 17 and 25 pounds in weight. The red color of the popular “doge” meme online is just one of many colors Shibas come in! AKC recognized colors are Red, Black and Tan, and Sesame but Cream colored Shibas are becoming more common!

Shiba’s have some physical features that you simply can’t find on many other dogs. As a Spitz Shiba’s share the curly Q tails you find on Huskies, Malamutes, and the Shiba’s larger counterpart the Akita. These tails curl up and rest on the back, keeping in body warmth making colder weather a breeze! Shiba’s also have pointed, fuzzy ears that allow them sharp hearing, and an incredible range of expressions.

The Japanese breeders of Shiba’s also highlight their lighter-colored underbelly, called an “Urajiro.” While many dogs have this lighter underbelly, the feature is so associated with the Shiba and Akita that it needed it’s own word in Japanese. Breeders and Geneticists still don’t quite know what causes it, but it’s been a staple of the breed for thousands of years! 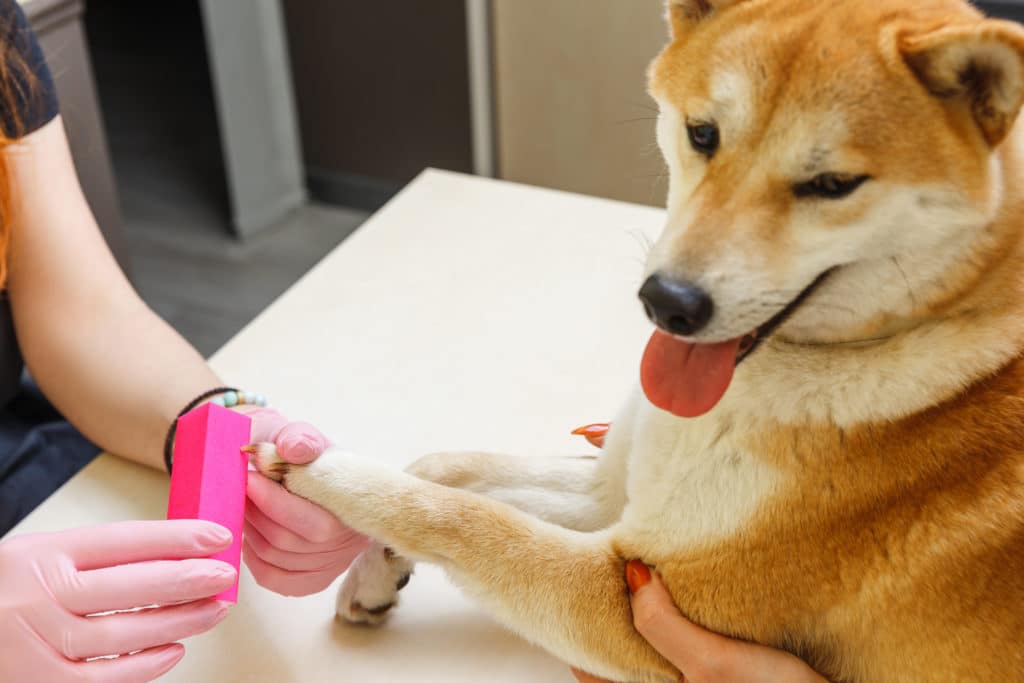 Grooming Shiba Inus is remarkably easy, despite their negative reputation with some groomers. They are very clean dogs and their fur repels dirt, leading to infrequent baths. In fact because of the oils produced by Shiba’s fur, too many baths can end up making it easier for them to get dirty.

Shiba’s as a breed tend to be head shy so things like oral care can be tough unless you use a brush-free solution.

Shedding can be a big issue for Shiba Owners. As a double-coated dog, they shed twice a year, Shiba owners joke that it lasts 6 months at a time. Frequent brushing isn’t necessary for health reasons but is recommended to help deal with the shedding. Furminators are frequently included in any Shiba Inu starting kit.

One of the many positives about Shiba Inus is they are a hearty, healthy breed. A well-bred Shiba can be expected to like 13-17 years and should face few health issues.

Health issues that Shiba owners should watch out for include Allergies, Glaucoma and other eye issues, Hip Dysplasia, and Luxating Patella. Joint checkups and eye exams are highly recommended for Shiba owners. 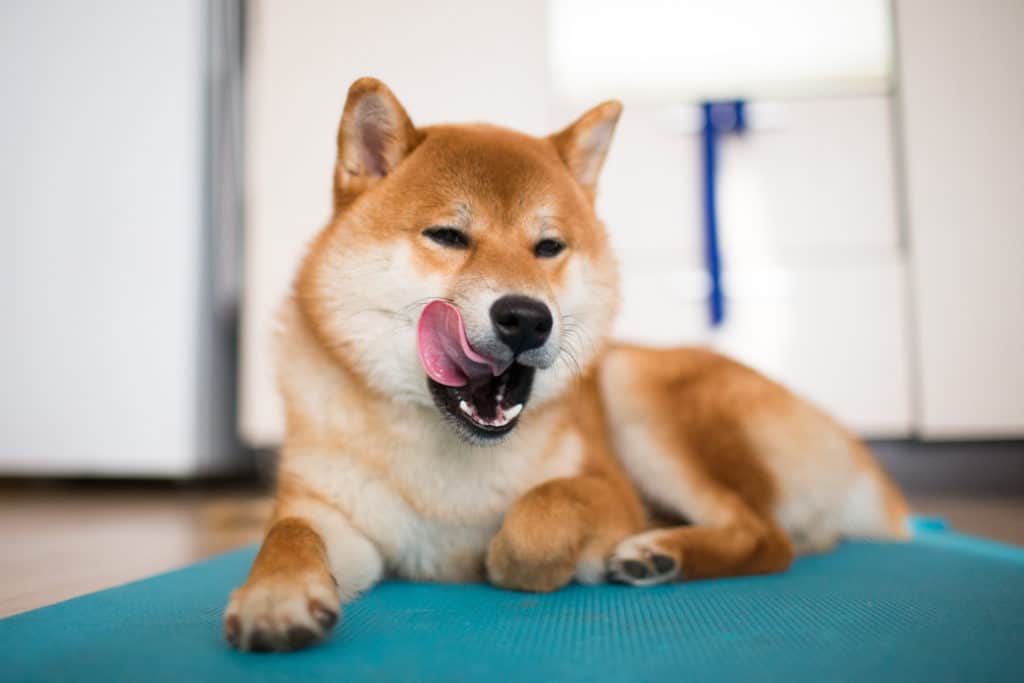 Shiba Inus have something of a reputation for being stubborn, willful, and difficult to train.  Well, any Shiba owner will tell you that it’s all true. This negative reputation is not all bad though and their personality is one of the things many owners say they love the most.

Shiba’s are well known for their loyalty to their owners or family units. Countless stories exist in Japan of Dog’s leading rescue teams to owners trapped in rubble after an earthquake. While this loyalty is strong Shiba’s are slow to give it to new people. This makes them best suited for small family units, perhaps even ones without children.

Shiba’s are often described as cat-like in their tendency to avoid or even dislike other dogs and animals. Proper socialization from a young age can help alleviate that. The same goes with dealing with people. The more people and animals your Shiba interacts with from puppy age, the better!

Training a Shiba Inu can be a daunting task, even for the most experienced trainers. While they are some of the smartest dogs around, Shibas like to think for themselves, and aren’t eager to please. This means teaching a Shiba to do a trick will come to them quickly but getting them to do it every time without a treat will be harder. It’s said that a Shiba’s least favorite word is “come” and it’s best to keep that in mind when considering owning one.

They are not impossible to train however, with a consistent set of rules and frequent but short training sessions Shibas can be as obedient as any other dog.  No matter what though they should never be trusted off-leash.

Shibas are also incredible actors and are well known for using their expressive faces and vocalizations to get exactly what they want from people. This means you have to be careful not to overtreat them, or to let them get away with bad behavior.

Their high intelligence combined with a moderate amount of energy can lead to Shiba Inus getting bored easily. As a hunting dog they respond well to puzzles and interactive toys, especially if they dispense treats in the process!

Shiba Inu’s are the oldest breed of dog in Japan and one of the oldest in the world. Fossil and DNA records put the dog’s first appearance as 3rd Century BC, the same time frame as Hannibal crossing the Alps and China’s Han Dynasty’s founding.  This makes them a Basal breed and the foundation of all other Japanese dog breeds.

These dogs were bred by Japanese farmers and hunters for use in the dense brush and forests of early Japan. Designed to hunt and flush out game from brush, their compact size, and energy is a carry-over from their origin.

Over time these dogs began to fade away as interbreeding with Japan’s other 9 breeds. It wasn’t until the 20th century that efforts were made to protect the uniqueness of the breed. Sadly during WWII and the aftermath, thereof Shiba’s nearly went entirely extinct. Their numbers were so reduced that only three pure bloodlines remained. Lucky for the breed and those who love them Japan made saving the breed a priority for their nation. Now in 2021, the breed is large, healthy, and distinctly unique from other breeds.

The first Shiba was brought to the US in 1954 from servicemen that were previously stationed in Japan. The first litter of Shibas in the US was born in 1979 and was recognized by the AKC in 1992. While they are the most popular dog in Japan they are only 44th  in the US. Though that’s a rise from 50th place in 2012.

Shiba Inus are a breed that almost everyone has seen and knows about but people don’t know what makes these dogs tick. A dog that’s not for the faint of heart it can seem like their cons outweigh their pros, but ultimately these dogs have endured for millennia because of people’s love for them.